Piper Jr. Owen Roellchen was on two very competitive teams this past fall. The 12-5 boys soccer team and ran for the cross country team. Both coaches worked with him and figured out a successful season for Owen and the teams. Roellchen did not run in the Frontier League meet due to having a soccer match that same evening. Many of the other Frontier League representatives in Wamego were unaware of him before the state meet. Owen and Coach Cory Cole planned a great race strategy and he ran it to perfection. At the 1 mile mark he was in ‘pack’ and started his move to the front from then on out.  The below link is the race results:

Congrats to Owen and Coach Cole!!! 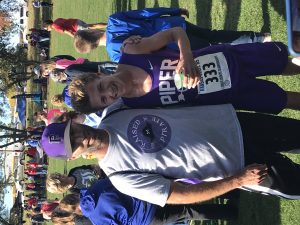 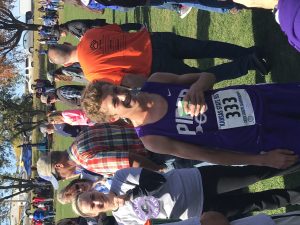 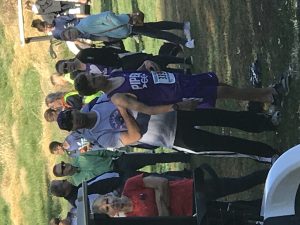